A growing number of biologic medicines have brought new hope to patients with a variety of serious conditions, including some types of cancer, inflammatory diseases such as rheumatoid arthritis, and multiple sclerosis. At times, these drugs are the only treatments available for rare, complex, or genetic disorders.

While many of these cutting-edge medications are not widely known beyond the medical community and the people who rely on them, the most familiar – insulin – has been in use for 100 years. Another biologic drug, Humira, was the top-selling drug in the world from 2012 through 2020. In 2021, it was eclipsed only by the Pfizer-BioNTech COVID-19 vaccine.

Biologics can cost as much as $50,000 for a single dose. Treating one patient can cost hundreds of thousands of dollars per year.

When name-brand biologics are introduced to the market, they are protected from competition for a period of years. Manufacturers employ a number of tactics to extend the patents protecting these lucrative products – which also extends their ability to set prices without competition. Despite that, clinically equivalent alternatives known as biosimilars are beginning to reach the market, with many more in the pipeline.

Biosimilars represent a meaningful opportunity to increase market competition and reduce drug spending by an estimated $225 billion to $375 billion over the next decade. By 2025, for example, patents will expire for 66 biologic drugs currently in the market, opening the door for increased biosimilar competition and an increasing opportunity to decrease healthcare spending by an estimated $100 billion.

What are Biologics and Biosimilars?

Unlike traditional medications, which are manufactured from chemicals, biologics – including biosimilars – are derived from components of living organisms such as blood, cells, tissues, or recombinant proteins. This means biosimilars cannot be chemically identical to their originator biologics. However, a biosimilar is a biological product that is highly similar to and has no clinically meaningful differences from an existing FDA-approved reference product. The United States Food & Drug Administration (FDA) has established a unique approval path for biosimilar medicines.

While biosimilars promise cost savings totaling billions of dollars, their path to patients is bumpy and exceedingly slow. Developing and manufacturing reference biologic medications is a costly, complex process, and manufacturers stave off competition by utilizing tactics such as patent thickets, pay-for-delay agreements, and litigation.

Congress provided a pathway to licensing biosimilars when it passed the Biologics Price Competition and Innovation Act of 2009. The FDA has approved 34 biosimilars over the last seven years, and more are in the pipeline. However, only 21 biosimilars have reached the market in the U.S.

In contrast, more than 620 biologics have received FDA licensing.

A Pivotal Time for Biosimilar Adoption

Compared with Europe, availability of biosimilars has lagged in the U.S. As a result, Europe had an estimated 87% of global sales and 60% market share for biosimilars in 2019.

Until quite recently, biosimilars needed to be prescribed by name in the U.S. in order to be dispensed in the place of the reference biologic. That changed in the fall of 2021, when the FDA approved the first interchangeable biosimilar, an insulin product named Semglee (insulin glargine-yfgn).

The FDA requires that patients can switch back and forth between the interchangeable biosimilar and the original biologic with no safety risks or decreased effectiveness. By declaring Semglee interchangeable with its reference product, Lantus (insulin glargine), the U.S. has taken an important step toward seeing increased savings and competition for biologics, said Harold Carter, vice president of strategy and contracting for the pharmacy benefit manager (PBM) Express Scripts, a Cigna company.

While generic drugs are chemically identical to their reference traditional medications, biosimilar medications can vary because they are derived from living organisms. The fact that they are not identical does not mean they don’t work exactly the same way, however, because biosimilars are highly similar alternatives that undergo a rigorous evaluation to ensure their efficacy, safety, and quality, Carter said.

Getting Biosimilars to Patients

Cigna is committed to driving greater value and lower costs where clinically appropriate for our customers and clients. As a longtime advocate for greater availability of biosimilars, we have worked for a decade to advance the pathways needed to bring biosimilars to market.

Two of those biosimilars are Avsola and Inflectra. They offer alternatives to Remicade, a brand-name biologic medication used to treat Crohn’s disease, ulcerative colitis, rheumatoid arthritis, psoriasis, psoriatic arthritis, and other inflammatory conditions. Based on Cigna claims data, an average Remicade regimen costs $30,000 annually, but may be much higher depending on the location of the infusion center used by the patient. In 2020, before these biosimilars were available, Remicade saw $4.2 billion in global sales.

As part of a commitment to creating simple, predictable, and affordable access to health care, Cigna moved Avsola and Inflectra to preferred status on its drug list. Reflecting the company’s belief that patients should be among the first to benefit from the realized cost savings of competition from biosimilars, Cigna offered eligible customers the option to receive a one-time $500 debit card for health care services and products if they decided to switch to a biosimilar or another preferred medication.

Soon after the interchangeable biosimilar Semglee received FDA approval, Express Scripts placed the biosimilar on its National Preferred Formulary, a drug list that covers more than 28 million people. The PBM estimates cost savings will total $20 million in 2022 for clients and some customers.

The FDA has approved seven biosimilars for Humira, the best-selling biologic, including one interchangeable biosimilar. At this time, none have made it to market in the U.S. Amjevita, which was approved in 2016, is expected to launch in the United States in January 2023. The remaining six biosimilars are expected to come to market later that year, the Center for Biosimilars reports. That will open the door to leveraging the competition between individual biosimilars and between the Humira and its biosimilars, a scenario that will be repeated with other biologics as more biosimilars reach the market.

Biosimilars hold tremendous promise for cost savings for patients, plans and our entire health care system. As more competitors enter the market, customers and clients will see even greater savings. 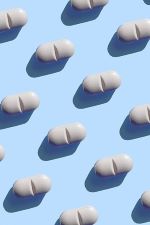 Learn more about pharmacological innovation and how Cigna is investing in a rapidly changing future.